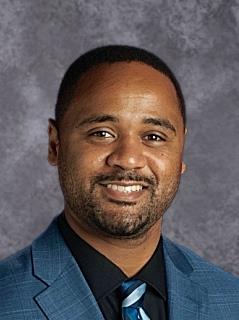 After graduating from Elkton High School in 2003, Mr. Jarvin Williams attended Wesley College of Dover, DE and majored in Elementary Education with a Mathematics concentration.  Mr. Williams earned his bachelor’s degree in 2009 and immediately began graduate school.  He chose to attend Wilmington University of Wilmington, DE and graduated in 2013 with a master’s degree in School Leadership.  Shortly after Mr. Williams enrolled in graduate school, he accepted his first teaching position at Kirk Middle School in Newark, DE as a 7th grade math teacher.  Mr. Williams continued to teach 7th & 8th grade math for a total of seven years at Elkton Middle School and Gauger-Cobbs Middle School as well.

Originally born in Chester, PA, Mr. Williams always had the desire to return to his home state as an education-professional and resident.  Coatesville Area School District was Mr. Williams’ number #1 option in the state of Pennsylvania because of the diversity, high academic standards, community support, family-oriented atmosphere, and rich traditions.  As a resident of Chester County, it is evident that Coatesville’s strengths are well known throughout the county and beyond.  Mr. Williams is very proud to be a Red Raider!